Bingo is a game that gives participants a chance to win money, but it’s also a social outing. That combination makes it immensely popular. A bingo fundraiser is a tradition for those who relish the chance to be with friends who also like playing the game. All ages play, from kids not old enough to drive, to senior citizens.

People get very particular about their bingo, bringing good luck charms and fancy bingo markers with them.

Bingo is the core of service organization fundraising. A bingo night usually consists of 25-35 games with cash prizes ranging from $25 per game to $1000 or more for the ultimate game of the night, the “jackpot.”

A list of the games and the prizes are distributed to the players when they buy the printed sheets with multiple bingo squares. Any number of sheets may be played; obviously the chance of winning increases with the number of sheets. 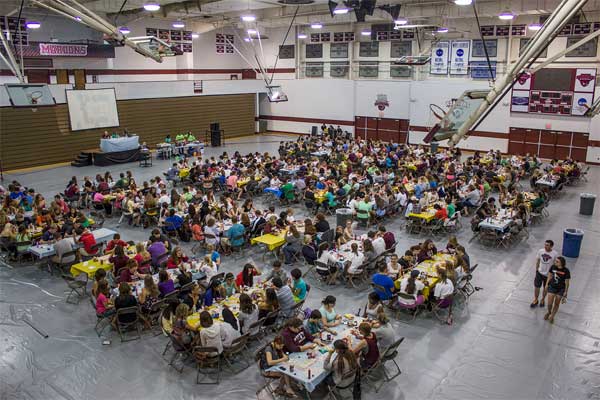 Bingo was originally called “beano” in the US – before it became a fundraising idea it was a country fair game where players marked their cards with beans.

How bingo works as a fundraiser

To get your bingo fundraiser off to a good start you approach local companies and sponsors for their support and ask them if they would like to contribute a small prize to your Bingo Night to be held in aid of your good cause.

Local support can be a godsend to your fundraising. Prizes can be quite simple – either cash or a payment in kind, for example a wash and blow-dry from the hairdresser, a leg of lamb from the butcher, etc

This fundraiser was to help my friends class go on a trip they really wanted to go on. They tried the candy thing and car washing, and it just wasn’t quite enough money. They needed to think of something else to get them to their goal….My friend and I brain stormed for hours, when we came up with the idea to make Bingo Scratch Cards. I also had connections with the local movie theater, they agreed to give me 4 movie passes, and 2 free concession tickets for the winner…So, basically the scratch cards cost a dollar.

We sold for a week, and we told everyone who bought one to turn into our schools radio station at 4pm and we would play a game of bingo! Whoever called in with Bingo first was the winner…We ended up with two Bingo winners, and one of them beat the other person to it. We felt bad for them so we used $20.00 of the money we raised (we exceeded our goal by 60ish dollars) and gave him a gift certificate to Applebees. It was very successful and a lot of fun.