These days, public and private fundraising donations are shrinking and non-profit groups are struggling to find larger and better fundraisers to increase their share of a diminishing pie. Non-profits, therefore, must maximize the effort and resources they spend on fundraising. Shown below are three fundraisers to think twice about because, if done improperly, they can end up costing more money than they take in.

The biggest difficulty with social events, or galas, is that running a special event like this is really akin to starting a business. Having a fundraising dinner is like opening a restaurant for a night. Putting on a charity concert is like being in the music business for the evening!

Profit margins can be tiny in these types of businesses, even when run professionally, and it often takes time to generate even those small margins. Many special events founder for the same reasons many new businesses fail: prices are too low, costs are too high, not enough merchandise sales (tickets, in this case), and unrealistic expectations.

The most common causes of problems are those that also curse new business ventures: insufficient start up capital; selling too cheaply; convincing the cynical consumer (why should I buy a $200 ticket to a $30 dinner?); and no disaster planning. When looked at from this viewpoint, it’s not hard to see how many special event fundraisers turn out to be just expensive image enhancers. 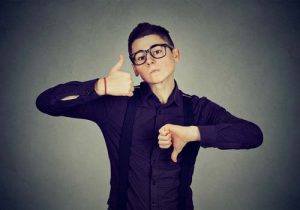 There are numerous concerns with this recently fashionable fundraiser, and underlying all of them is that it is an event out of context. Regular meetings, such as monthly breakfasts, really only work well for groups whose members meet regularly.

This takes us to two other difficulties with the monthly breakfast. Most of those invited are not going to make a contribution; they never had any intention to and are not there by choice. They are there merely to fill a seat because someone asked them.

Many times these events depend upon board members to tap their personal and professional networks to fill each breakfast meeting. Monthly meetings are a strain on these networks both because board members tire of frequently asking their friends and associates to attend social events, but also because when the time comes for the most important request – the one for contributions – potential donors may feel as though they’ve done something for the organization already by attending the event and are likely to donate less. Factor this in with the costs of buying or cooking breakfast, and the time spent organizing it, and what you have in the end is a fundraiser where the costs exceed the donations.

In light of increasing costs, mounting competition from other contact methods and the growing sophistication of potential contributors, the proceeds from an investment in direct mail just isn’t what it used to be.

An additional dilemma with using the mail for fundraising, just as with the monthly breakfast, is that it’s a technique out of context. When used by businesses, direct mail is a marketing technique for selling stuff to as many people as possible. Fundraising, on the other hand, is a process for convincing small numbers of people to give money without necessarily getting stuff in return. The latter requires developing relationships, and the former operates without the need for relationships. When fundraising is carried out with a marketing approach, the relationships that form the foundation of fundraising, suffer.

Through direct mail you may get some small donors, but if you endeavor to build relationships, your group will more likely get large, longer-term donors. Although most non-profit groups welcome any money they can get, in the long term, donations generated through direct mail won’t be as valuable as those gained from nurtured relationships.

These fundraisers are not without a purpose however.  They usually increase name recognition for the organization within the community and they can be used to introduce certain donors to the organization in a more significant way.

Many fundraising groups might be better off if they start direct mailings, monthly breakfasts and special events with no fundraising expectation at all.