The three R’s have now become four R’s. The advantage that the fourth R brings is incentive. The reality is, people tend to be more motivated to do something if there’s something in it for them. In some cases they will work for a common cause, but sometimes it’s just cash that ends up being the biggest motivator.

Fortunately, there are a number of programs that will pay people to do the right thing, which is fantastic if you need to raise money.

Recycling programs for fundraising involve collecting recyclable items and then turning those items in for reimbursement. It’s easy to do and it’s free, plus there’s no selling involved.

Collection can take place either through a charity drive or through steady collection efforts throughout the year.

Green fundraisers like this have been around for a long time and have a wide range of appeal because of the “feel good” factor. 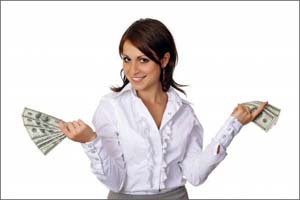 The hidden benefit is that it helps the economy too. Rather than sending those items on a one way trip to the landfill, – which doesn’t help anyone – they generate revenue, which is then pumped back into the economy.

In addition to requiring no up-front investment, the thought of keeping re-usable products out of landfills while raising money for your organization is gratifying and your contribution to the environment and the economy is good for your group’s image in the community.

With the right products, recycling can be profitable. In the past, groups who were interested in raising money through recycling focused on paper products, bottles, and aluminum cans, but those items are rarely collected today. 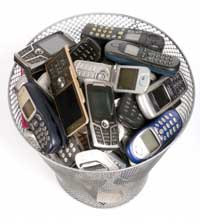 Since so many communities include the recycling of mixed paper, cans and bottles as part of their regular trash collection service, the payout for these items (which was never that great to begin with) has decreased somewhat. In response to this waning profitability, many recycling fundraisers have gone “high tech”.

Printer cartridges and old cell phones are the items most non-profit groups recycle today, while laptops, PDAs and digital cameras are gaining in popularity. The amount collected per item varies greatly, but generally speaking, inkjet and laser printer cartridges net anywhere between $2 and $15 each.

Cell phones are typically valued between $1 and $6 per phone, while PDAs and digital cameras yield up to $50 each. Laptops are the most profitable, with the potential to earn $80 or more for your group.

One hold out from the “old school” type of recycle fundraiser is the clothing drive. The advantage to raising money with clothing is that community participation tends to be very high – everyone has old clothes they want to get rid of.

For this, volunteers collect wearable clothes for groups that then redistribute them to the needy, usually in third world countries. They are usually done as a “drive” and pay approximately $.04 per pound of clothing collected.

Another old style recycling activity involves collecting bottles and cans.  In these states you can still turn in empties for the deposit and beer and pop cans are always in demand since they’re continuously recycleable. This is an ideal on-going fundraiser since you can collect bottles and cans from all of your supporters and their friends and families all year long.

I am so excited to share this way of making money for school or scouts, and it’s a good way to get the kids involved in recycling and seeing our every-day junk/trash as still-useful – in a different way. I really hope people see this and think more about throwing anything away.

I have a free account with a company where they buy back empty inkjet and toner cartridges that (we) normally just throw away, but this place pays for them!

My kids get them from friends’ parents, I get them both at work and in my home printer.

I save up 20 or so and mail them back (they pay the shipping), then they send me a check 2 weeks later. Sometimes it’s $12, sometimes I get spent cartridges from work and I get a $150… but the best is it’s free and it’s with an item that’s normally trashed. And no selling cookies or gift-wrap (I have a lot of it already!).

The PTO does well when they have an “inkjet” drive for the school.

We were trying to raise money in order fund tournament travel expenses. I noticed that were no places in my town that recycle ink cartridges at all, and I thought this might be an opportunity to both help out with landfill problems and to make people feel good about recycling while bringing in money.

In order to make this a success, we put up fliers all around town, mainly in the library and on campuses. Many students have empty ink cartridges and just throw them in the trash.

Possibly the best idea I had was to contact local businesses about where they disposed of old ink cartridges. This was actually where the majority of funds came from as they have the most resources.

Not only did we receive one time contributions, but we also have now established a repertoire with those companies who now recycle with us regularly. Also, one company asked if they would receive donation contribution. Since we are not an established charitable group, we were not able to give them this. However, if you are a non for profit organization you might be able to offer the companies a tax deduction for their recycling. This way both of you benefit and they can feel good for recycling.

Over a years worth, we were able to raise over $15,000 and now have a fund for future events. Our membership fees, insurance, and equipment are now solely funded through recycling!

After years of driving by and seeing the “needs” list on their business sign, my partner and I decided to try and raise money for our local animal shelter. We already recycled at home, collected trash and recycling from our neighborhood streets (picked up litter), and had started a recycling program at our jobs.

Therefore, we already had a good foundation for this fundraiser. We also had a local recycling company that paid cash for aluminum cans, so it seemed like a slam dunk idea.

For two months, we collected all the cans we could. We walked the streets of our town, sent emails to our friends and family, sent out an email to our co-workers, and bugged our neighbors. We asked everyone to save their aluminum cans for us for two months to help the animals (giving them statistics on shelter animals etc.)

At the end of those two months, we asked that they either bring the cans to us at our home or at work, or contacted us to arrange us to come and pick them up ourselves. The response to this fundraiser was amazing!

After two months of collecting, we had over 100 pounds of aluminum to sell to the recycling company. We were not only amazed by how much people saved but by how much we were able to collect just off our city streets! Everyone was excited to see how much money we raised for the animals. We took our cans to the recycling center, they weighed the cans, and they gave us cash.

This fundraiser went so well, that we are thinking of making it a monthly thing forever. It is amazing what a little bit of recycling can do for a charity!

They were so happy when we gave them the check for $100.00. It may not seem like much money, but it sure helped those animals and made a lot of people feel good.