How would you like to earn a 400% return for your non-profit organization or charity?

Sign up with our online auction partner (below) to conduct your own online charity auction. A silent online auction may not seem like a novel idea at first.  After all, who hasn’t heard of eBay? It’s the world’s largest online garage sale. Simply gather up all the stuff you no longer use, take a photo of it, and put it online for the world to see. You can do that with eBay and lots of other lesser-known sites.

How is this more powerful than eBay?

The difference between having an auction this way versus other online auction sites such as eBay is, with this one, not only can you sell all the goods and services donated by your supporters, you can also choose from hundreds of high ticket items like cruises, adventure trips, sports collectibles, jewelry and lots 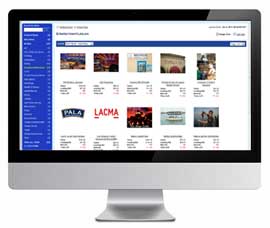 more on consignment. Can you see the power in this?

Not only will you be able to attract more interest in your auction, you don’t have to pay for these items upfront.  In fact, you don’t pay for them at all, unless you get at least the minimum bid.

Plus, even if the item only gets the minimum bid, you still receive a minimum of $60 for that item.

There’s a free version and a pro version, which you select depending on your goals.

How to Have a Fantastic Online Auction Fundraiser

I held an online auction two years ago with fellow members of a global health interest group at my university. The money was to help pay for a volunteering trip overseas; there was an organization that was willing to take us as summer interns, but we needed to pay for the costs of room, board, food and so on.

We chose an auction because we thought it would be better for people to bid on items that they found interesting and wanted to have or could use; instead of selling one item, there would be many different ones to choose from.

It was very easy to get items for the auction, as it was going to a volunteer project and not something that people might think was a waste of money. Also, donors thought that we were doing something to help others, and could bring knowledge back to our school in return.

We contacted all other clubs that were related to the interest at all, put ads in the free newspapers in our city, on the school website, and so on. We also sent out a reminder email to every address that we had approval to use on the morning of the auction.

The online auction is fantastic – you do not physically need to be there in order to man the items, people do not have to come to the event (can reach people all over the city!) and there is more competition for items. As long as you can get help with setting up the auction and payment systems it is definitely the way to go.

The number one thing to do when fundraising is emphasize what the ‘customer’ gets out of it. They know what you are getting out of it, but there is a limit on the number of people who are willing to just hand you cash for being yourself.

You’re trying to sell a product, so treat it like a job – make sure you have an event you can wholeheartedly support!

My local school district had recently suffered an unimaginable tragedy. One of the sixth graders had been eating in the school cafeteria and had choked on a sandwich. Despite repeated attempts to revive him, the teachers and medical staff were unsuccessful. Although he had prior health issues, this news came as an incredible shock. What was even more shocking was the cost of medical care and funeral arrangements that the family mentioned they had to pay. A few teachers and I began to think that we should help out the boy’s family who desperately needed the money.

We decided to raise money by having a revolutionary auction on eBay. Since I was fairly computer-savvy, I set up and eBay account, and the staff asked for donations for anything that could be sold. Everything was sold for 100% profit due to generous donations. Descriptions on the items indicated what the auctions were for, and we received several substantial donations as well. In the end, we raised over $5,000. This money was donated entirely to the family to help offset the costs that they had to pay.

The most important thing that I learned while doing this fundraiser is to be willing to ask for help. Selling the items on eBay was easy; however, I needed countless volunteers to package and ship the items. Also, I learned not to be afraid to ask people for donations. Once I did, many generous eBay bidders did so.

In the end, our fundraiser was a huge success. Because of the generosity of others, the family’s grief was reduced.

My Grandson entered a auction on ebay to help the flood victims of LA and MS.

He baked cookies with all proceeds to benefit the American Red Cross. What made this a unique auction is that my grandson at the time was 6 years old and even at this age, he knew the importance of helping others in need, and wanted to help. No it was not my idea but his own.

He was too young to donate money per say, but he loved to make cookies. I took a picture of him baking the cookies and had that in the listing, this way people interested in bidding on these cookies, could see this was genuine.

He assisted with the listing, adding input on what he was doing and why. The outpouring of support for this charity was immense do to the fact that a child was willing to give of himself and help others with no benefit to himself.

I would suggest to put the reason if personal in the listing, make it unique and most of all truthful.