If you’re thinking of selling music CDs at your next fundraiser, the hard part will be deciding which type of program to choose. Basically though, music CDs fundraising follows one of four different models.

Following the “pre-sales” or “order taker” method, members of your organization are given a catalogue featuring music CDs from top name artists from major record labels at discounted prices– usually in the $8 – $15 dollar range.

The funds are collected at the time of the sale, then at the end of the sales period, the order is sent in to the fundraising company. Your profit is generally 40% of the sales.

Another technique involves selling a specially produced compilation CD centered around a specific theme or music genre. Christmas music or “greatest hits” collections are always popular choices. In this version, the selling price is a bit less – around $10 per CD but the profit is higher, approximately 50 percent.

If you expect to sell enough volume, 300 or so CDs, then customizing a CD with your group’s logo or slogan is definitely worth a look. 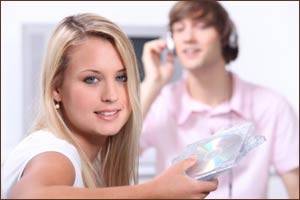 In this scenario, a CD featuring well-known music by unknown (but talented) artists is sold and your logo can be imprinted on the front cover, the inside cover, the back cover and even emblazoned on the CD itself. The CD will be around for a long time and will be a permanent advertisement for your group.

The sentimental favorite of this type of fundraiser features music from your band, chorus, or other music making entity. You supply the master recording and artwork and the fundraising company will prepare the CDs.

This venture is the least profitable as the cost can be quite high, but it’s still a nice memento and holds a lot of value for the parents and students involved.