The Sweet and Easy Way to Support Your Cause

Lollipop fundraising is one of the best suited activities for schools, parent-teacher 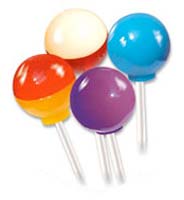 organizations, athletic teams, churches and youth groups to raise money. LOLLIPOP FRIDAYS, for instance, is an innovative idea. This allows students to purchase from the assortment of lollipops every Friday after school.

These cool candies come in various shapes, sizes, colors, tastes and aromas. You can have football-shaped lollipops for football team, there are basket ball shapes for basketball team, lollipops imprinted with musical notes are there for music bands, heart shaped pops for Valentine’s Day and eggs and bunnies for Easter…thus in every imaginable shape you can have those luscious lollipops to raise money for lots of different groups. 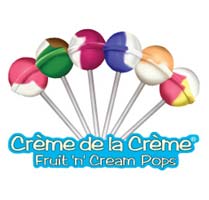 One of the reasons these make such great fundraisers is that you can sell them for a low price – just fifty cents – and still make a decent profit…up to 100%, and they’re really easy to sell too.

Related: why not combine this with other sweet money raisers, like the cookie dough fundraiser or candy bar fundraiser?

I have two children, that are 7 years apart. When my oldest was in school, she always sold candy bars or magazines and sometimes it was hard to find people interested in purchasing them. This was often discouraging to my daughter and she became less and less motivated to sell her various products.However, when my son was in school, the high school band needed to raise money, so we looked for a fundraiser that would really sell to everyone! What we decided on was lollipops. It was very successful.

The lollipops we chose we bought for 25 cents each, but were sold for 50 cents each. That’s a huge markup, but still affordable to everyone.

While my son wasn’t allowed to sell during school, he could sell almost half a box (one box is 50 suckers) before school to his friends. They are so cheap that they are easy to sell. They also had a great selection of flavors, like banana split or cotton candy, not your typical apple, grape, cherry, etc.

We also did door to door sales with them, and that went over great as well. These suckers can be sold anywhere and everywhere! You do have to sell alot to raise real money, but it was so successful because they sell so fast, it’s very easy.

The kids loved them and felt accomplished and motivated to keep going when they started selling!

We raised over $1500, which was very good for that type of sales.

My high school tennis team decided to sell lollipops as a candy fundraiser. The team was based at an inner-city high school where tennis was not popular in comparison to other teams we played.

The team needed to raise funds to help pay for new jackets and racket bags in order to look more professional for the state tournament we had finally made it to!

We chose the lollipops mainly because it was a different idea than what was typical at my school. Normally, teams and groups sold chocolate candy bars or Christmas wrapping paper. Picking something unique to what other group around you are selling is a great idea!

Even though the lollipops were sold for less than chocolate bars and other fundraiser items, we sold tons of them and had to order more! The cheaper price meant more people were willing to buy the lollipops.

We were only expecting the fundraiser to provide hopefully half of the funding for the jackets and racket bags, but we raised enough money to pay for them in full!

I was a member of the Prom Committee in my Junior year of High School. The previous year’s committee had overspent and actually left us in debt. So, in order to make our prom a success we had run several fundraisers. A lollipop fundraiser was one of them.

We actually went with this idea because the previous committee had also left us with an abundance of lollipops that they weren’t able to sell. We sold the lollipops every day at lunch and other times throughout the day. We sold them individually and in bundles for a better price.

They sold so well we actually had to end up ordering more. We sold a variety of flavors, including sour ones to help reach all of our buyers. We also worked together with other organizations to sell them. For example, when the student government sold flowers for Valentine’s day, we were able to sell our lollipops in bouquets and pair them with flowers.

Throughout the entire year, I believe we made around $300 from lollipop sales.

If you have the right buyers(such as high school and junior high students), this fundraiser can be a great success!