Ever since the first lemonade stand opened kids have been involved in the process of earning money, partly to mimic what their parents were doing, partly to afford toys and sweets, and of course to raise funds for a worthy cause. There are a number of good fundraising ideas for kids, many of them attractive to the general population and can result in a large amount of monetary donations in a short period of time.

Seemingly a fad, but in actuality one of the most successful fundraisers for kids and one that shows no sign of letting up. These rubber bracelets are inexpensive and draw attention to a particular cause. And the fact that everyone seems to know about them right now means the prospective audience is out there, everywhere. Suppliers of these rubber or silicone bracelets have a large stock from which to choose, and shipping in bulk costs very little.

Different colors represent different causes, which range from support for military personnel to protecting an area of wetlands. Special logos can be incorporated into the design for an additional fee, and the sales of these bracelets is conducted online, through a school’s website, or even on the street corner, making this one of the easy ways for kids to make money.

Putting up flyers requesting old computer hardware, empty printer ink cartridges and outdated cell phones can be a real moneymaker. In fact many corporate store chains are happy to 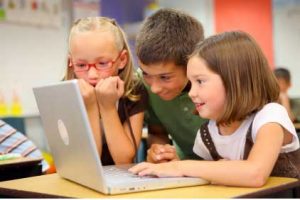 compensate for a truckload of old computer equipment. Within the schools this can a very profitable fundraiser because it is easy to get the word out to all the parents. And there are a number or specialty recycling companies that are willing to lend a hand in terms of pickup locations and inventory. Fundraiser ideas for kids don’t get any easier than this.

Most magazine publishers now have personalized renewal forms for magazine fundraising . Through the social networking sites everyone in the neighborhood can use one of these forms to reorder their favorite magazines and the information is sent directly to the fundraising organizer as well as the publishers. The commissions are automatically deducted as the orders are processed, and there are a number of generic renewal forms available that are accepted by the major publishers. Kids today are very computer savvy and will immediately realize the huge audience potential when operating an online fundraising campaign.

There’s never too much candy to go around. Many regional and national makers of chocolates and other confections already have programs in place for bulk orders and the best part s is that not all of the product necessarily has to be paid for up front.

A candy fundraiser can also be conducted online and the information about the sales promoted on the social networking sites. Candy sales are among the most profitable kids fundraising ideas and are popular with youth sports leagues and church groups. People are always willing to spend a little more on chocolate.

Before starting any type of fundraising campaign it is wise to check the laws and regulations in the local area. Many kinds of sales are restricted to certain methods in some jurisdictions.

One thing is for sure, however. Youth fundraisers, when well organized, always result in money for a worthy cause.